Why infrastructure as code and high-level overview of terraform 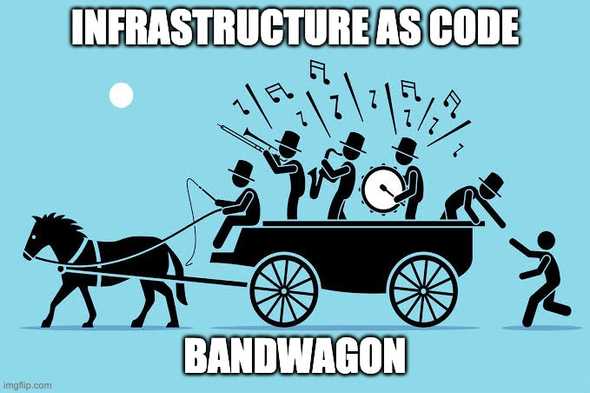 Infrastructure as code, or IaC, is becoming more and more mature nowadays and there are many tools that allow describing infrastructure in code, such terraform, pulumi, farmer (Azure only) etc. Let’s see why we should jump on IaC bandwagon and understand its main ideas and benefits, and also learn how terraform implements them.

It is where your app and its individual parts live - virtual machines, networks, load balancers, db servers, message queues etc. With cloud providers like Azure, you might have specific resources such as web app, cosmos db, storage account etc.

A common way of managing infrastructure is manual intervention via some GUI (all of us have at least once logged in to a production server to make a “small” change 😅), writing custom configuration tools to implement a specific setup etc. All of this can become error-prone: no one knows why a change was made to the environment or why stuff just stopped working, which leads to hours of troubleshooting on the production servers.. fun stuff 😱

With modern cloud providers, manual configuration would look like this: you open your favorite browser, enter https://portal.azure.com/ and click through the UI to create a virtual machine: 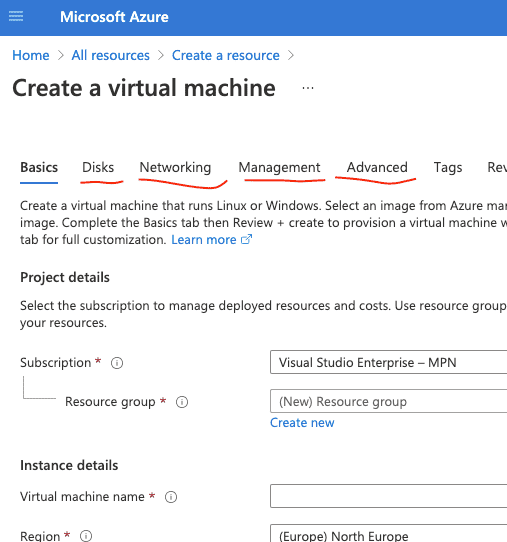 So what does IaC do to mitigate these issues?

Terraform allows representing infrastructure as code. Or kinda code … not like F# or C#, but more like declarative configuration files, like json or yml but with some support for functions, modules, etc. The language is called HCL - HashiCorp Configuration Language.

Keeping with the declarative paradigm of IaC, the idea is that you tell terraform what the desired state of the infrastructure is and it will make it happen.

You install terraform on your machine (fun fact - it is written in Go) and run terraform commands in a terminal.

Do not bypass terraform by changing your environment via GUI or elsewhere, terraform state file won’t match the actual configuration!

Terraform can work with different cloud platforms - Azure, Amazon, Digital Ocean, etc. Code you write will differ depending on the cloud platform, since they usually have their own resources and rules specific for that platform.

Terraform itself is agnostic of the underlying platform, but for managing remote objects on that platform it needs to know how to interact with it - in other words how to call the platform’s API to create/modify/delete resources. This is done via terraform plugins called providers. You will need to install a specific cloud provider locally before creating your infrastructure with terraform.

Here is the sequence of actions terraform takes to make changes to the remote environment:

You run terraform commands in a terminal to apply changes to the configuration:

Terraform supports many other exciting features, like remote backends, workspaces, modules etc, but that’s for another time.

You don’t want to use GUI (or other configuration tool) to do infrastructure because:

You want to use infrastructure as code to: